I guess Malcolm Gladwell has hit the "tipping point" in terms of popularity amongst the general audience. Didn't expect to see a cute little story from him on a Chipotle cup. It almost felt personalized, given that I enjoyed Gladwell's early books when I read them a long while ago. (I feel similarly to him that I do to say Bjork and The Breeders - musicians I loved when they were touring little venues back in the day.) 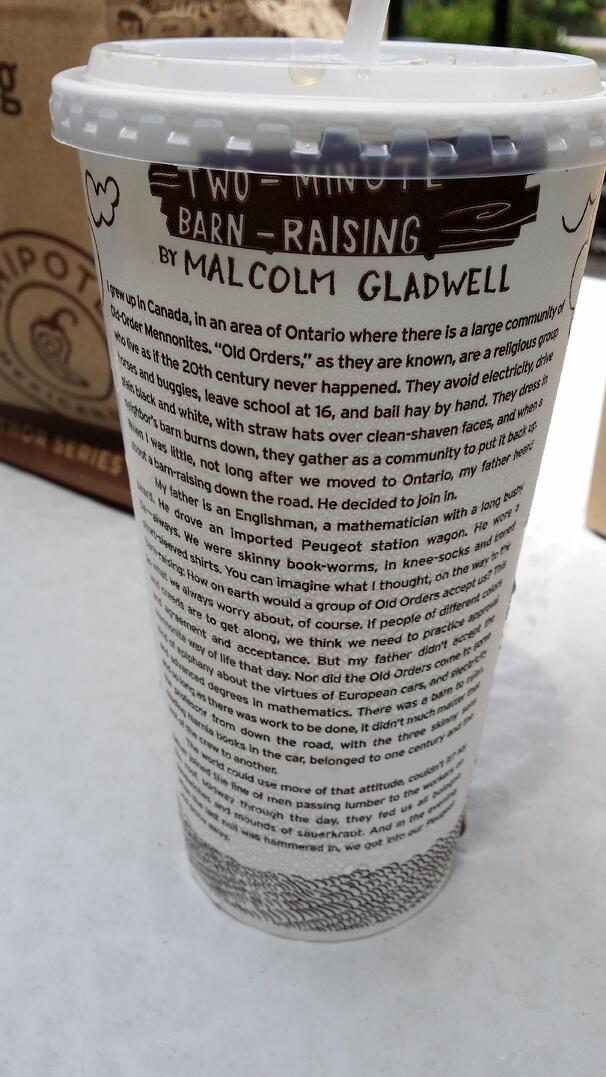 Enjoy! (The story, that is, compliments of Chipotle. Not the soda. There's a fee for that. Dare I say, "Freemium", Malcolm?) (Although the story does complement the soda.)

I'll stop. I am curious why Chipotle picked Malcolm Gladwell, though. Anyone know the story? (Update: looks like Adage has an article on this.)